Thanks for viewing our Water gardening site, we appreciate the visit.

Due to COVID-19 Lockdown requirements product availability through our Garden Centre customers has been limited or unavailable. 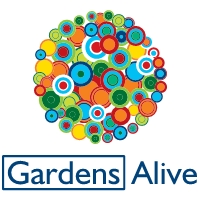 Our support is still with our Garden Centre customers however due to this circumstance we need to operate the "Click and Deliver" opportunity to you.

"Click" on the Gardens Alive logo above or www.gardensalive.co.nz

We are covering the most important factors of testing pond water, further information will added in time.

Water quality, this may appear to be a scary subject but it really doesn’t have to be.

The easiest way to understand why water health is so important is to think that all fish and plants are completely dependant on its health to thrive and reproduce. Pollution and imbalance is often invisible but that does not make it less toxic. Obviously testing regularly is suggested, but what for?

pH is an indication of whether the water is acid, alkaline or neutral. The acceptable level for ponds are between 6 – 8, with a pH of 7 being ideal. The most common problem faced with pH is it being high this is caused by concrete ponds not being sealed correctly and the lime leeches into the pond water. This can encourage excess algae growth. pH can also be affected by rocks, fish numbers, and age of the pond. Testing your pH fortnightly is recommended.

kH (buffering capacity) is the ability of water to resist sudden changes in pH.

Ammonia (Nh4) and Nitrite (nO2) are both toxic to fish and can be high in ponds which have not yet matured. If you use a good filter and don’t rush in stocking with goldfish these should not be a problem, but testing is easy and will help to prevent the risk of fish death at this early stage.

The nitrogen cycle is a series of changes in nitrogen and nitrogen-containing compounds taking place in your ponds system.

The cycle begins with fish consuming and digesting food, then they excrete waste in the form of ammonia. Their respiration absorbs oxygen and releases carbon dioxide. Special aerobic bacteria (Nitrosomonas) break down ammonia into nitrites (NO2-), then other varieties of aerobic bacteria (Nitrobacter) process nitrites into nitrates (NO3-). Aquatic plants (including some algae) photosynthesise nitrates and carbon dioxide into food, releasing oxygen as a by-product.

The nitrogen cycle balance exists between fish numbers, oxygen content and filtration capabilities. If the balance alters, such as overstocking of fish, the cycle is in jeopardy.

Testing of these compounds is particualy important in new ponds or if major cleaning has occurred. It is always a wise idea to test for Ammonia and nitrite if you are concerned about fish health.

If you are planning to introduce fish to your pond, you should add a de-chlorinator to the water (BEFORE you add any fish) and whenever you top up the pond, as the chlorine and chloramines in tap water are dangerous to fish.

Glenbogal Aquatic recommends Aquahydrotech/Eco Pond Chlorine Guard as it is an organic product which removes both these (chlorine and chloramines) and heavy metals, leaving the water safe for fish and wildlife.